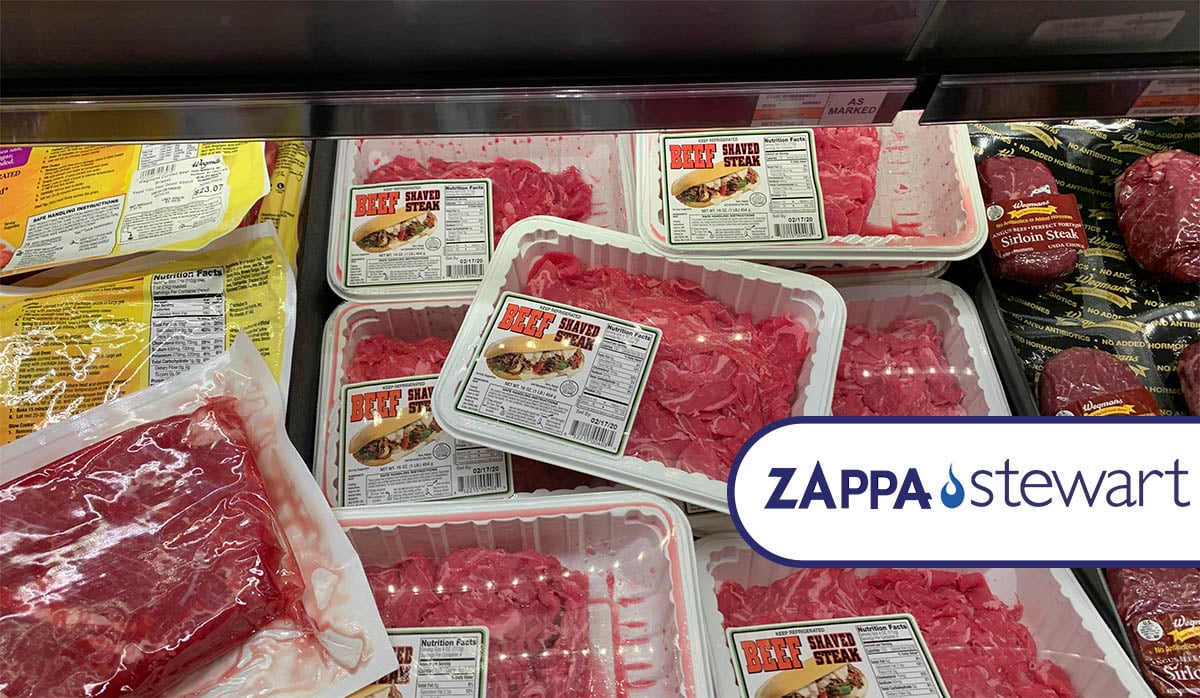 Have you ever wondered how those thin pads under your ribeye steak absorb and hold so much liquid?  Yet a similar size paper towel can only absorb a fraction of the same volume and releases the liquid when any pressure is applied.

The secret ingredient in the modern absorbent pad, which are found in grocery stores across the world, is superabsorbent polymers (SAPs).  SAPs are capable of absorbing 300-400 times their own weight in liquid and can also retain the liquid under pressure and vibration.  To achieve similar absorption volume with traditional materials, such as paper towels, sawdust, and fluff pulp, as much as 1 to 2 times the fluid volume would be required, and any pressure causes the liquid to release back out.

During manufacture of absorbent pads, granular sodium polyacrylate SAP material is inserted into the interior of the pad fabric layers.  Upon contact with the SAP media, liquid is immediately drawn into the SAP’s highly cross-linked crystal structure through osmotic pressure differences and hydrogen bonding.  The water molecules in the liquid phase are chemically bound to the SAP molecules, preventing the release of the liquid even under moderate pressures (up to 50 psi).

Despite the staggering absorbency and liquid retention functionality of SAPs, as with any man-made product, most consumers want to understand if SAPs are safe.  In fact, the absorbent pad application is a great example of just how safe SAPs are.  For example:

Because SAPs are used in so many different applications in so many different industrial and consumer sectors, the question of SAP safety is frequently fielded by our team of scientists and engineers at Zappa-Stewart.  Whether SAPs are being used for treatment of hazardous industrial sludge, medical biohazard waste, or a feminine hygiene product, when asked if SAPs are safe, we routinely point to the absorbent meat pad application as evidence.

While you may never look at a T-Bone steak the same way again, hopefully you’ll have a greater appreciation of the technological innovations that allow your dinner to be not only delicious but safe as well.

Learn About Where SAPs are Used

If you have a need for additional absorbency in your application, reach out to us here at Zappa Stewart.  Between our extensive knowledge and impressive inventory of standard and customized SAP’s, we can quickly provide the right absorbent for your application.