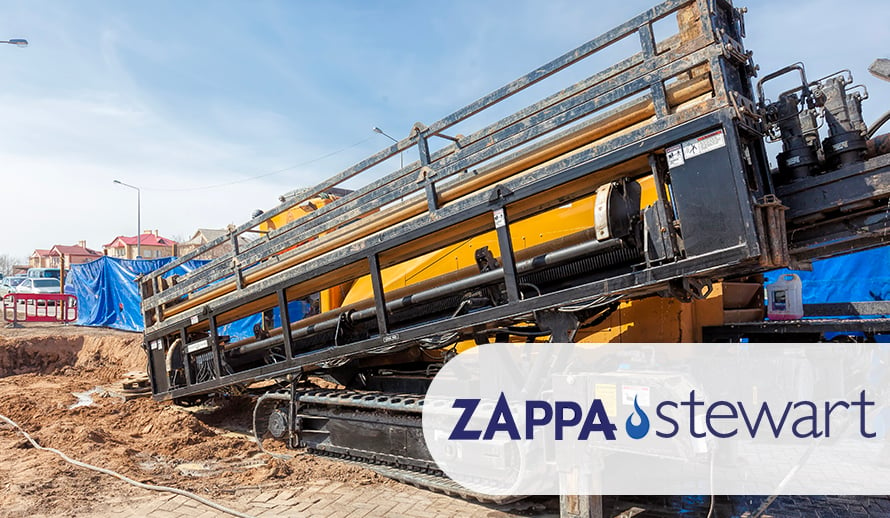 HDD technology has changed the landscape for the pipeline and utility infrastructure sectors, quite literally.  Pipelines can now be installed under waterways, utilities can be installed without open cutting of highways and wetlands, and residential service connections can be installed without digging up lawns and driveways.  But as with any technological innovation, HDD technology comes with its own set of new challenges.  The large volumes of spent drilling mud, that are generated by HDD borings, require careful management, to prevent unnecessary costs and environmental risks.  A rapidly increasing number of HDD contractors and owners choose to solidify spent drilling fluid on-site, with superabsorbent polymers (SAPs), to eliminate excessive waste hauling, disposal charges, and environmental liabilities.

Many of us like to use tried and true methods for completing tasks.  Known quantities are typically predictable and predictability can help to avoid unexpected costs.  Unfortunately, some of the known quantities that are often employed for HDD fluid management, such as: Vacuum Extraction (vac trucks) and Disposal as a liquid waste, typically require excessive waste haulage and disposal charges.

On-site solidification eliminates the extra equipment and transportation charges that lurk behind the convenience of vacuum extraction.   Once a vacuum truck leaves a site, there is usually a trip to a centralized waste treatment facility, where the liquid waste is transformed into a solid, via application of some type of absorbent material or drying agent.    Following solidification, the waste is then, again, loaded onto a truck for transportation to a final disposal facility.  On-site solidification involves one trip:  from the site to the landfill.

Liquid disposal is a potentially simple option if you can find a facility that will accept liquids.  Landfills that accept liquid waste are uncommon and are becoming even more scarce with time.   Furthermore, if a liquid disposal facility can be located within a reasonably drivable distance from the project site, the disposal fees can be excessive ($0.25-$0.50 per gallon in the Midwest U.S.).  Disposal of 20,000 gallons of HDD mud at a rate of $0.50 per gallon would total $10,000.   For comparison, the same 20,000 gallons of HDD mud, if disposed as a solid at a subtitle D landfill, would cost $4,000-$5,000.

Utility and pipeline owners are increasingly averse to environmental risks because of the long-term liabilities and costs (fines, responsibility for remediation, etc.) that are associated with mismanagement of waste fluids and the potential impact on natural resources.  Solidification of spent drilling fluids on-site with SAPs minimizes the risk of drilling fluids entering the natural environment by eliminating the potential for spills at the source of generation.   Drilling mud spills can impact sensitive surface water bodies, contaminate drinking water aquifers, and interfere with stormwater flow, any of which scenarios would likely result in a public relations debacle and costly cleanup responsibility for pipeline owners and utilities.

On-Site Solidification With SAPs Is Easy and Safe

SAPs are easy and require no special equipment. A standard excavator, which most contractors already have on site, is the most common method of applying SAPs to spent drilling mud.  Following generation of the mud waste, it is usually collected in a pit.  The SAPs can be either applied directly to the mud in the pit or the mud can be transferred to a roll-off container where it is solidified.

Furthermore, SAPs are safe for handling and safe for the environment.  SAPs themselves arenon-corrosive and do not leach any harmful chemicals.  Evidence of the safety of SAPs is demonstrated by their widespread usage in the following consumer and agricultural products

In addition to absorbing large volumes of liquids, SAPs also retain the liquids that they absorb, helping to prevent leaks, spills, and environmental

When developing a plan for waste management on an HDD project, it is important to consider if the landfill will accept the waste.    SAPs are the preferred absorbent material at most landfills due to their extremely high absorbency, liquid retention, and resistance to biodegradation.

Most SAPs feature absorbency ranges of 300-400 pounds of liquid per pound of SAP, which allows waste management contractors to maximize the waste liquid absorbed while minimizing the amount of absorbent material used. For comparison, to absorb the same amount of liquid with sawdust would likely require 100-200 times as much absorbent. Minimizing the volume of material placed in landfills also minimizes the volume of landfill airspace that is used, which ultimately prolongs the life of the landfill. New landfills are extremely costly and require many years of design, permitting, construction, and community buy-in so it is crucial to maximize landfill life. Imagine the air space that could be saved in landfills all over the world if more waste treatment professionals used high-absorbency SAPs rather than sawdust and other low-absorbency materials to solidify liquid waste.

As discussed previously, superabsorbent polymers also offer the unique benefit of liquid retention, even under moderate pressures, such as the pressures that are observed in landfills (up to about 50 psi).  Absorbents such as sawdust and waste fluff material release sorbed liquid when only a small amount of pressure is applied to the material.  Release of sorbed liquids in a landfill results in increased landfill leachate, the liquid that percolates through landfill waste (mostly from precipitation). Landfill leachate is usually collected by a leachate management system and chemically treated for contaminants before being discharged. Increasing the liquid volume in a landfill causes an increase in the operation costs of a leachate management system, which can put an unexpected budgetary strain on municipal and private landfills. In addition to the increased operation costs, increased leachate volume can overwhelm the capacity of a leachate management system, often resulting in contaminated leachate seeps that can impact sensitive groundwater and surface water resources with harmful contaminants.

Furthermore, SAPs are resistant to biodegradation, meaning that the liquid contained within the SAP matrix and pore spaces will be retained for multiple decades after being placed in a landfill. The SAP material and the liquid will eventually become incorporated into the humic fraction of the landfill waste. In contrast, biodegradable absorbents begin to release sorbed liquid once the microbes found in landfills begin to degrade the material’s structure.

Superabsorbent polymers have been utilized by environmentally and financially conscious waste treatment professionals for decades for their ability to resist biodegradation in landfills, maximize solidification efficiency, and preserve landfill longevity.   As contractors and owners in the HDD sector seek competitive advantages, on-site solidification of drilling mud with SAPs becomes increasingly attractive for financial and environmental reasons.   When asked why his HDD crews always solidify mud on-site with SAPs, a contractor replied, “You can do things the way they have always been done, or you can strive to find new ways to succeed.  SAPs help us succeed.”